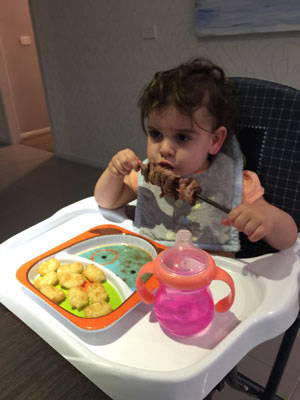 When my oldest was a baby, she ate anything and everything. From all the greens (peas, broccoli, sprouts) to proteins like chicken, meat, and fish, to the baby basics of cheese, rice, and pasta. You name it, she ate it. The only exception for some reason was carrots. Whether cooked or uncooked, she was never a fan. But other than that, she was a Foodie’s dream!

But then something happened. She started to grow up. And I hated it!

By age two, I found myself jumping the most ridiculous of hoops to make dinner a smooth affair. From bribery (“eat this and I’ll let you watch Peppa Pig!”), to “deconstructed (kebab, taco, burger, basically anything)” to the “put everything on a chopstick” phase, cooking something that I’d hope she’d eat became a nightmare. With the exception of fruit which she never lost her love for, she just wouldn’t eat. Did her taste buds change? Was it her way of trying to control one of the few parts of her life that she had some agency in? I don’t know.

But it resulted in my cooking the same 3 or 4 dishes over and over again, and feeling like a failed parent for the lack of variety in my daughter’s diet.

So what’s she like now at age 6? Well it depends on the day and the mood! But as a general rule she’s a lot better. The downside of this age is that they can become more influenced by their friends. For example if Rose doesn’t like veggies then she doesn’t like veggies. But she’s willing to try things now that previously she wouldn’t touch, and then make a new decision on what she likes or dislikes. This has been a lot easier now that she (along with her dad) are my guinea pigs for our P2P recipes. Its given me the avenue to introduce so much more variety and flavours to her palate than I’ve ever been able to in the past because she knows she’s being supportive by trying whatever I make and giving me her honest opinion.

Like most kids, she wants to get involved, especially when making food she knows others are going to eat. Like her mum, she loves surprising loved ones and showing them you love them through food, so we’re constantly planning ‘dinner parties’ for her dad and baby sister, and having themed meals such as ‘steak and donut Friday’ and “breakfast for dinner Sunday”.

She loves getting messy so anything that allows her to play with her food such as playing with pastry, crumbing schnitzel or cake decorating is right up her alley. We have also been known to do a “Happy (insert day of the week) Cake” sometimes and light candles and sing as if its someone’s birthday. She is also my Cooking Show buddy, watching family friendly cooking shows such as Sugar Rush and Nailed It (she has also told me she wants to marry Jacques Torres, but I think that’s because she knows he’s a pastry chef that’s an expert in chocolate). Now when we cook, she calls me her Sous Chef.

So based on my singular experience, what’s my advice for parents struggling with feeding their young kids? Keep it fun. Keep them involved. And don’t be hard on yourself. As the saying goes, this too shall pass, and when they are old enough, teach them to cook for themselves so you don’t have to deal with it!!! 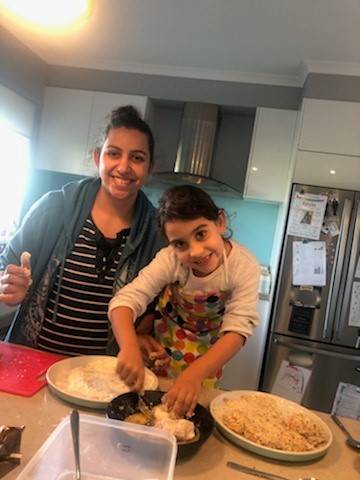